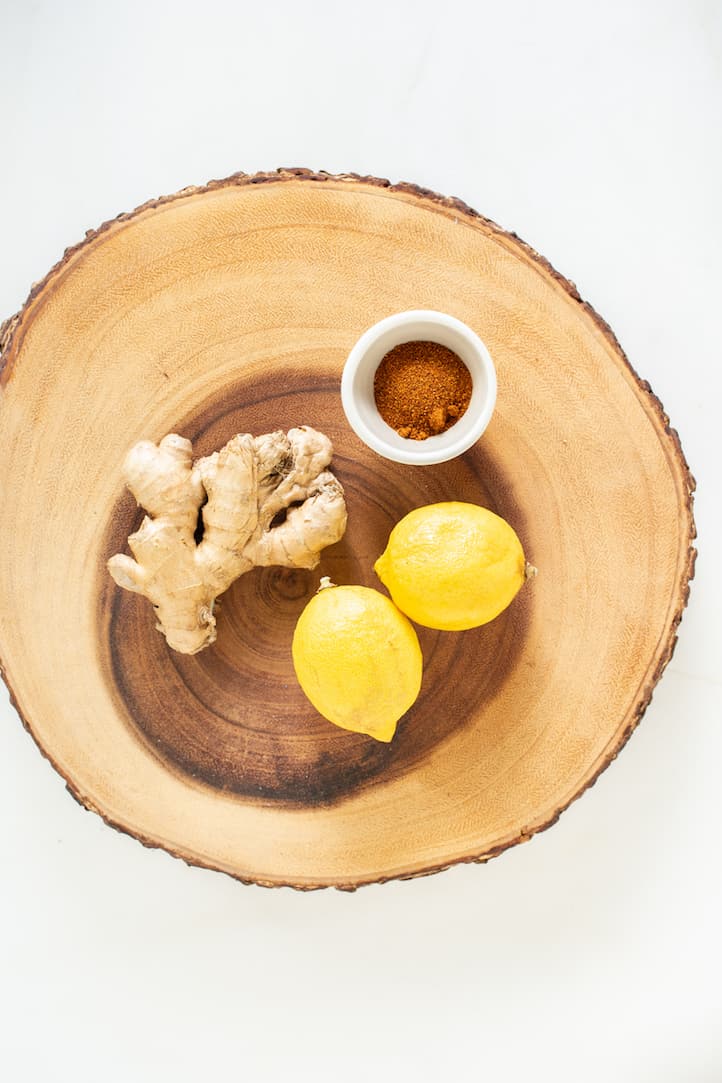 Start your day, and end your day with this warming, immune-boosting drink. My version is quite simple, using 2's of everything. I don't care for too much cayenne, so I only use 2 small pinches.
Servings: -1 person
Author: Joni Sare

Cook the ginger and spices

Add the sweet and acid (sour)

I’ve been drinking this elixir since mid-February when I was introduced to the “I am Cozy” drink at Cafe Gratitude in Santa Cruz. It was divine. I felt comforted.

Shortly after that, I had a similar drink, the “Witchy Apple Cider” at the Wu Wei Tea Temple in Fairfax. It is equally divine, and comforting.

Ginger is the prominent flavor, and its warmth is intensified by the cayenne. It is quite warming. You’ll feel a warm flush throughout the body, which I heard is good (to get the body hot) to charge up the immune system.

I like both — and even with my discerning tongue– I haven’t made a distinction between the “apple cider vinegar” and the lemon juice.

And, instead of the cayenne I sometimes use “chipotle” powder (smoke-dried ripe jalapeño chili pepper), I only use a pinch or two so just a hint of smokiness is really nice sometimes.

As the Personal Trainer for Your Kitchen, my newsletters is just one of the tools I use to help build your culinary muscles.